LIVERPOOL LEGEND THANKS FANS AFTER RETURN

Liverpool recently played a friendly against the AC Milan legends in a repeat of the 2005 finals of the Champions League at Anfield as part of a charity match. The game ended 3-2 in favour of the Reds as Steven Gerard turn back the years to score a late winner for his team. 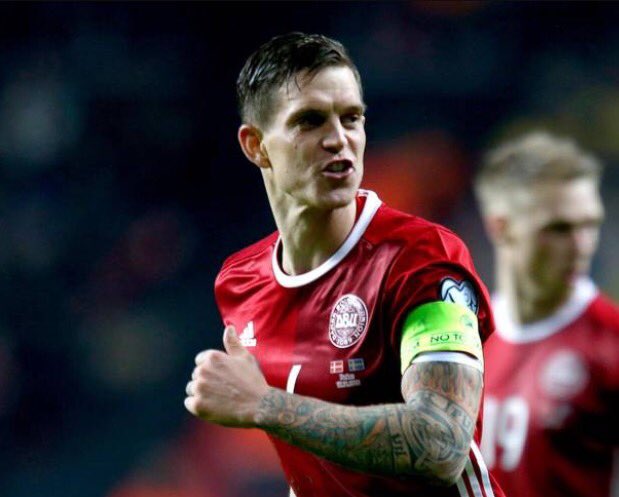 One player that Liverpool fans loved for his warrior mentality and effort during his time at the club was Daniel Agger. The 34-year-old played 242 games for the Reds and was widely applauded by the home support during the game.

After the match, the Liverpool legend went on social media Instagram to give his thanks to the home fans for their support in the match. According to the post, the former defender wrote his heartfelt tribute to the club thanking the club for giving him the feel of a footballer again.

Agger was forced to retire in 2016 as a result of a spate of injuries after he had left for hometown club Brondby in the Danish league.  Agger is considered one of the top defenders to play for the club as he was a faithful servant never shy of putting his body on the line for his club.

Agger has recently drummed support for his former club as they look to win the Premier League for the first time in 29 years. the 34-year-old believes that Virgil Van Dijk has proven to be the difference for the club since his arrival last January.

Liverpool have a massive two months left to play in the season as they look to win the double.  The Reds lead Manchester City with two points with Pep’s men having a game in hand.  They next face relegation battling Southampton in the league on Friday.

Posted in Uncategorized on 20 April 2019 and tagged Daniel Agger, Liverpool, Virgil Van Dijk
Comments Off on LIVERPOOL LEGEND THANKS FANS AFTER RETURN