Vice Captain of Danish outfit, Brondby IF, Daniel Agger led his team to another defeat in recent string of matches.

The loss was the third one in the last five games played by the 10-time Superligaen champions.  The former Liverpool player captained the team in the absence of Thomas Kahlenberg who is the team’s captain. 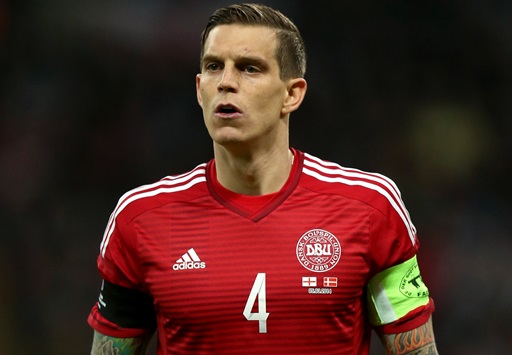 The game proved to be a disappointing one for Brondby who had hoped for a draw in the encounter in the away match. Playing third placed Aalborg BK was a tough one for the currently struggling side. In the last five games, they won the game against Odense BK by a lone goal though Agger missed it as the centre back was facing yellow card suspension; they lost the next two games against Kobenhavn (FC Copenhagen) by 2-0 in the Superligaen and 1-0 to the same side in the DBU Pokalen; they returned to victory in the next Superligaen encounter against Aarhus GF with a 2-1 win last two Sundays ago then lost this Sunday’s game against Aalborg BK by 3-0.

The record before the encounter was bad as Brondby had not won their last three away matches and had gone up to four away games without a draw. AaB on the other hand had a recent goal tally of 8-10 games in 6 games when compared to a significantly lower 4-5 of the Brondby team in the same span of matches. AaB also had a higher home record win against Brondby.

The defender, who also captains the Danish men national team and who also had the chance to play at Barcelona but turned it down to remain at Anfield, played full 90 minutes but just couldn’t inspire his team mates enough to overturn the huge odds against them in their favour. They remain in 5th position with the loss with 42 points from 27 matches played.

Posted in Daniel Agger on 10 May 2016 and tagged Agger, Daniel, Liverpool
Comments Off on DANIEL AGGER CAPTAINS BRONDBY TO LOSS