AGGER EXPLAINS WHY HE RETIRED EARLY

Former Liverpool defender Daniel Agger has given insights as to why he retired from football aged just 31 years old. 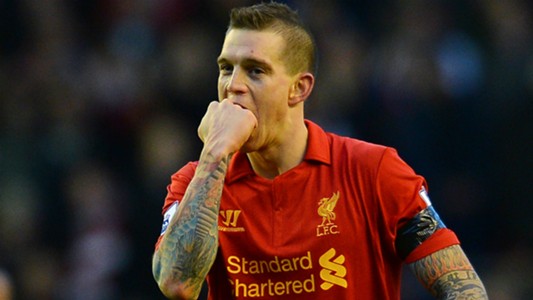 Daniel Agger has explained that he retired from football after being forced to take painkillers for years.

The retired Danish professional footballer and tattoo artist who played as a central defender for Brondby, Liverpool and captained the Denmark national team was named the 2007 and 2012 Danish footballer of the year.

He represented his nation, Denmark at the 2010 FIFA World Cup and also at the UEFA Euro 2012, captaining his country at the latter.

The Danish defender spent eight years at Liverpool from 2006 to 2014 before heading back to his first club Brondby after falling out with then boss Brendan Rodgers.

The 32-year-old has revealed how collapsing on the pitch caused him to finally give the game up.

The Sun report that Agger was heading to FC Copenhagen on the Brondby team bus when a mixture of arthritis pills and a caffeine drink meant he failed to remember any of the first half.

He blacked out after being taken off after less than 30 minutes into the game and it was an incident that made him sit up and think.

This is a problem many footballers face in modern day football where they are asked to take in painkillers to temporarily heal their injuries and these painkillers end up aggravating the injuries.

After announcing his retirement, he said:

“I have taken too many painkillers in my career. I know it, and that is bad. But I’ve stopped doing it now. I’m done with this circus.”

Agger made a total of 232 appearances for the Kop, scoring 14 goals in the process. He also managed a massive 12 goals for Denmark in the 75 appearances that he made for his country.